Horror Game Creation: "The 7 Men with the 7 Umbrellas"

Questions or comments about gaming? Ask away at the bottom of the page!

I'm a nerd and lover of all things video games. In the past, I had done a lot of 3D animation throughout my life, winning a slew of awards both locally (such as first place in the Utah Multimedia Arts Festival) to National awards (such as first place in a national 3D animation movie competition). I've done 3D and 2D animation for personal video game projects, level and character design, soundboarding, story writing, and even some programming. I'm currently working with a small group of highly intelligent individuals on a personal gaming project to create a 2D/3D (combined) platforming video game. While in this project I'm strictly the digital artist, we have my buddy Oscar Jimenez, famous musician, songwriter, guitarist, and showman doing all of our sound effects and music, alongside with creating the horror story for the game. My friend Sean Sutton will be our level designer, puzzle-creator, and lore builder. And thank the heavens above for Jordan Swan, who is our game programmer and a very talented one at that.

This is a side project, on that I only work on every other Sunday for a few hours. It will take us a few months to a couple of years to complete, but it is a passion project of mine! The dark, densely packed atmosphere we're going for will hopefully show in this macabre, Pagan horror game. 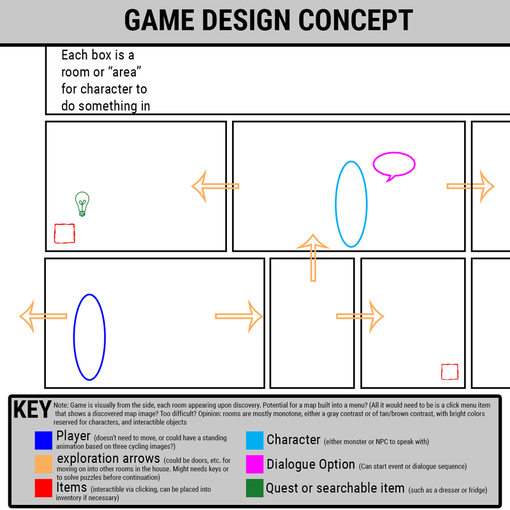 First idea for HUD. Too bulky. 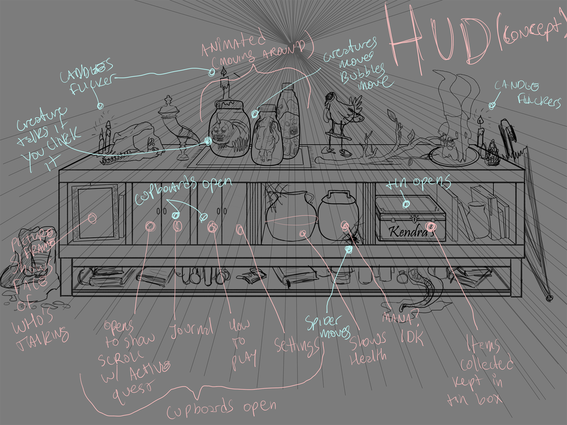 A little better. Left picture frame shows character that is talking. Cupboards open up to show journal, map, quests, trophies, etc. Left Jar shows health, right jar has some sort of macabre "treat" you collect to feed your partner, a "grub-like creature" to receive hints. This went on to become the jar the grub actually resides in. Kendra, the main character, will also have a collectibles tin box on the right where we can see her inventory.

These would be overlaying elements within the HUD that have animation and interact-ability. (Here's some basic-style animations) 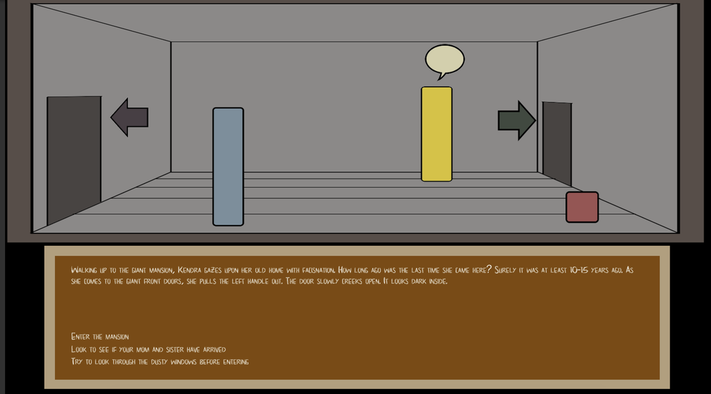 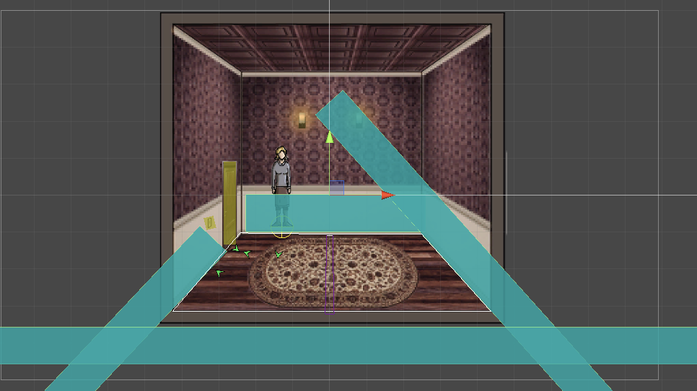 Creating Some Floor Plans for the game

Movement through more than one room

Rooms have NOT been properly built yet. This is just a test of room transition to work out bugs.

Making it so previous room turns sepia when leaving

(Still working out the look) 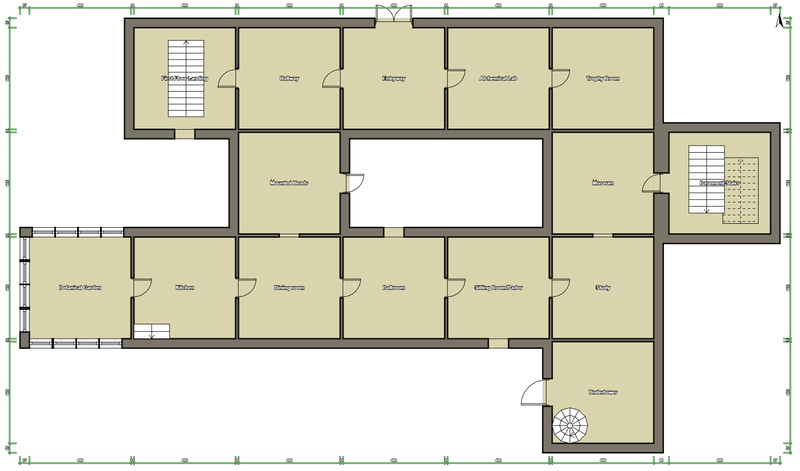 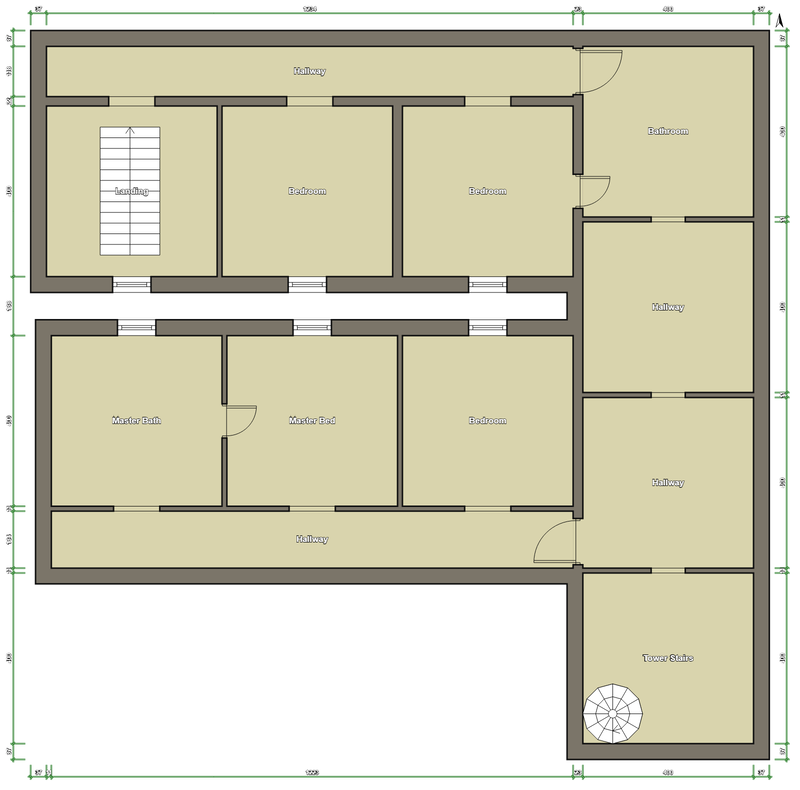 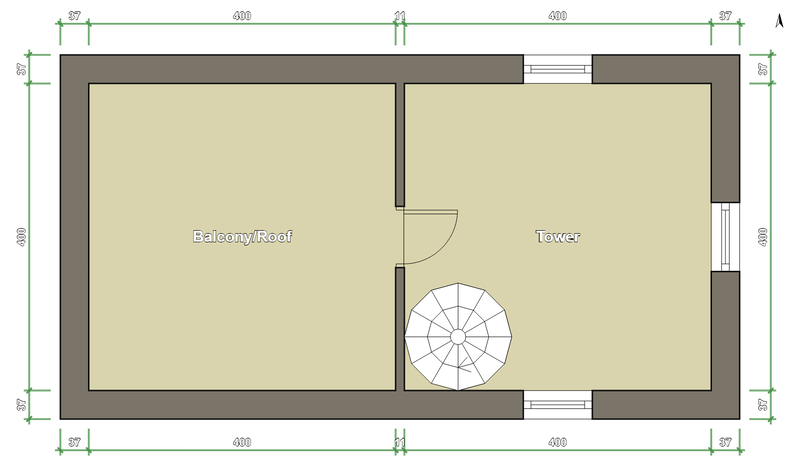 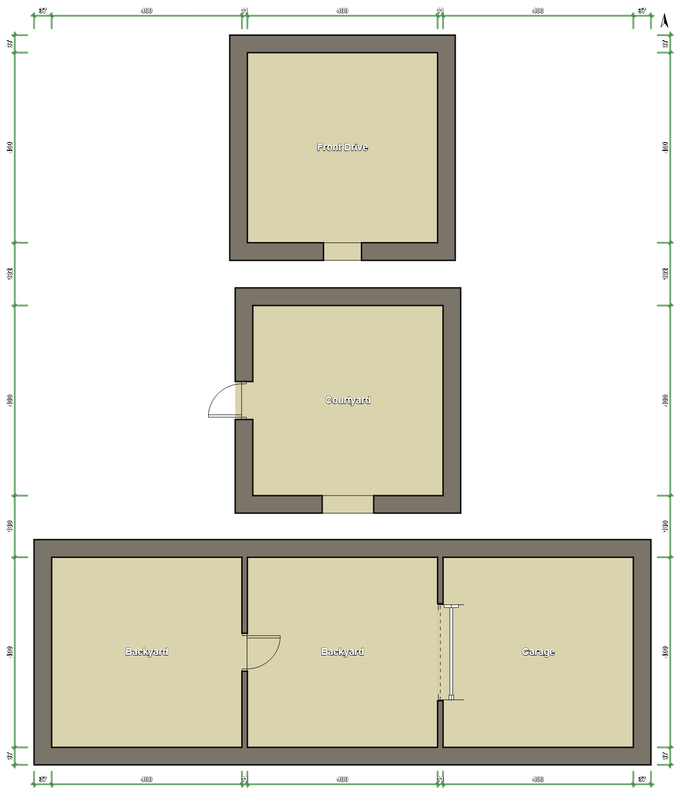 Working on an Animated Title screen